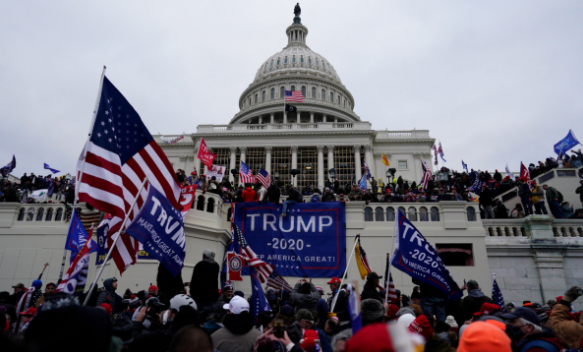 Outgoing U.S. attorneys from around the country decried Wednesday’s storming of the U.S. Capitol in Washington, D.C., with some pledging to charge any from their state who may be found to have violated federal laws.

At least 12 have thus far come out publicly to say they would charge those involved if they came from their jurisdictions.

Former U.S. attorney Zachary Terwilliger, a President Donald Trump appointee set to soon depart from his position leading the office the Eastern District of Virginia, called what happened at the Capitol a “tragedy.”

“I was traveling the district saying goodbye to Team EDVA, hence my delay, as I just told them,” he tweeted. “We have reached out to our colleagues at DOJ and DC USAO to offer any support in terms of search and arrest warrants. This is despicable, a travesty, and the darkest day since 9/11.”

David DeVillers, the U.S. attorney from the Southern District of Ohio, tweeted outright that federal crimes were committed at the Capitol Wednesday.

The FBI in a statement said it is helping their law enforcement partners, and in a statement on Thursday FBI Director Christopher Wray said the rioters “showed a blatant and appalling disregard for our institutions of government and the orderly administration of the democratic process.”

“As we’ve said consistently, we do not tolerate violent agitators and extremists who use the guise of First Amendment-protected activity to incite violence and wreak havoc. Such behavior betrays the values of our democracy. Make no mistake: With our partners, we will hold accountable those who participated in yesterday’s siege of the Capitol,” he said.

Wray also assured the American people that the FBI was working with all partners “to aggressively pursue those involved in criminal activity during the events of January 6.”

The FBI set up a tip-line for those who have any leads on people suspected of breaching the Capitol.

In June, Wray commented on the civil unrest in the wake of George Floyd’s death.

“In recent days, the violence, threat to life, and destruction of property that we’ve seen in some parts of the country jeopardizes the rights and safety of all citizens, including peaceful demonstrators. It has to stop. We’re seeing people who are exploiting this situation to pursue violent, extremist agendas—anarchists like Antifa and other agitators,” he said at the time.

“These individuals have set out to sow discord and upheaval, rather than join in the righteous pursuit of equality and justice. And by driving us apart, they are undermining the urgent work and constructive engagement of all those who are trying to bring us together—our community and religious leaders, our elected officials, law enforcement, and citizens alike. Many have suffered from the violence instigated through these radicals and extremists, including members of our own law enforcement family—officers killed or gravely injured while just doing their jobs, fulfilling their duty to the public by trying to keep everyone safe,” Wray added.

Acting Attorney General Jeff Rosen, hours after recently-departed Attorney General William Barr had already released his own statement Wednesday condemning the violence at the Capitol, condemned what he described as an “intolerable attack on a fundamental institution of our democracy.”

Earlier, when asked about Wednesday’s events, the U.S. attorney’s office in D.C. — which would typically take jurisdiction in prosecuting those who have violated federal laws throughout the day and which aggressively prosecuted protesters involved in the unrest over the summer — a spokesperson declined to comment to ABC News.

Acting Department of Homeland Security Deputy Secretary Ken Cuccinelli said that what he saw at the Capitol marked a “sad day for America” and he condemned the actions of those involved.

Erin Nealy Cox, the U.S. attorney from the Northern District of Texas, who is a co-chair of the Department of Justice Task Force on Violent Anti-Government Extremists, called those who committed the attack on the Capitol “anarchists, not patriots.” 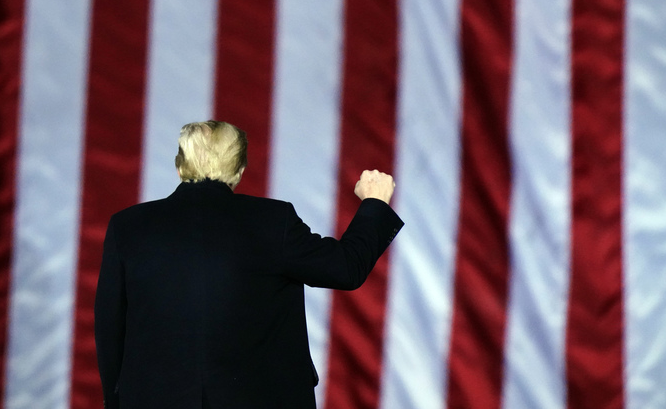